He talked a lot about the basic logistical issues of early voting, one being the simple question of find early voting sites with ample parking – especially finding such sites where early voting won’t disrupt the typical use of the facility.

He also talked about the importance of telling those standing in line how long the wait is and why they are waiting. This includes advertising average wait times on websites and in other ways – he noted that this helps keep voters from getting concerned that there were problems in the early voting sites producing the lines.

Here’s a snapshot of this morning’s program: 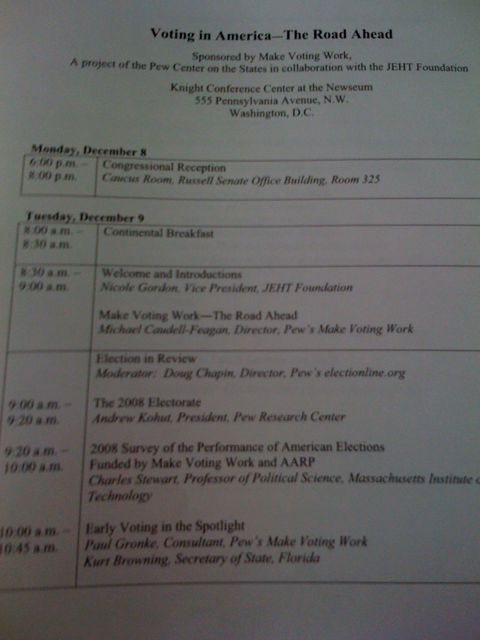