The figure below shows differing levels of voter confidence in three groups of survey respondents:

The most interesting result here, I think, is the substantially lower confidence levels among those who say they are uncertain whether they will vote or not, raising the obvious question whether lower pre-election confidence levels dissuades turnout. 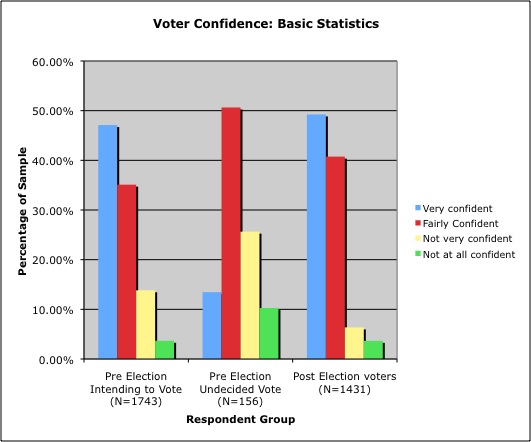