As I noted yesterday, the 2009-2010 National Voter Registration Report is available at the EAC’s website.

The highlights of the report include:

Unfortunately, there are lowlights.

Using the county level data can be problematic.  Why, for example, did Hinds County, MS report 914 forms processed by the DMV (QA6D) but only 166 TOTAL registration forms (QA5_Total)? Lauderdale County, MS reports 316 DMV forms and 198 total forms, while Albany County, NY (the location of the state capital no less) reports 43,999 total forms and 72028 DMV forms.

The figure below displays the county variation across states (states are not labeled but are sorted alphabetically), but I have removed all values exceeding 1.0.  It’s only a figure that an MIT professor could love. 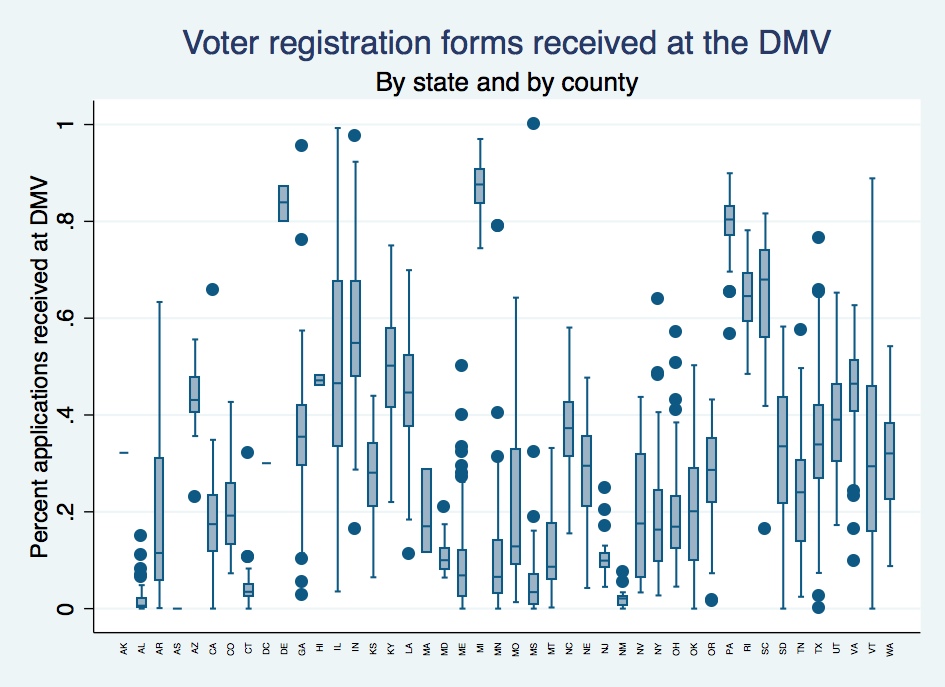