I have it on good authority that Doug Chapin is going to highlight one way to isolate data anomalies.

Another way is to put these data on a map. Unlike a box plot, the map doesn’t let us easily see how much variation there is across a state, although the color map does provide some indication. Nor are values above 1.0 (which should be out of bounds) easily identified in this map.

However, the map does provide a very nice overview, and each county’s values can be identified by floating the mouse pointer over a county. In the map below, I plot the percent of registration forms that came from the DMV (QA6d) expressed as a proportion of all valid forms received (QA5a).

The white spots are the areas of concern because these are counties where no data at all have been reported. Highly variable color maps (e.g. New York) indicate that some counties are doing a very good job identifying and reporting registration forms submitted by the DMV while other counties are lagging.

The map can be viewed here. 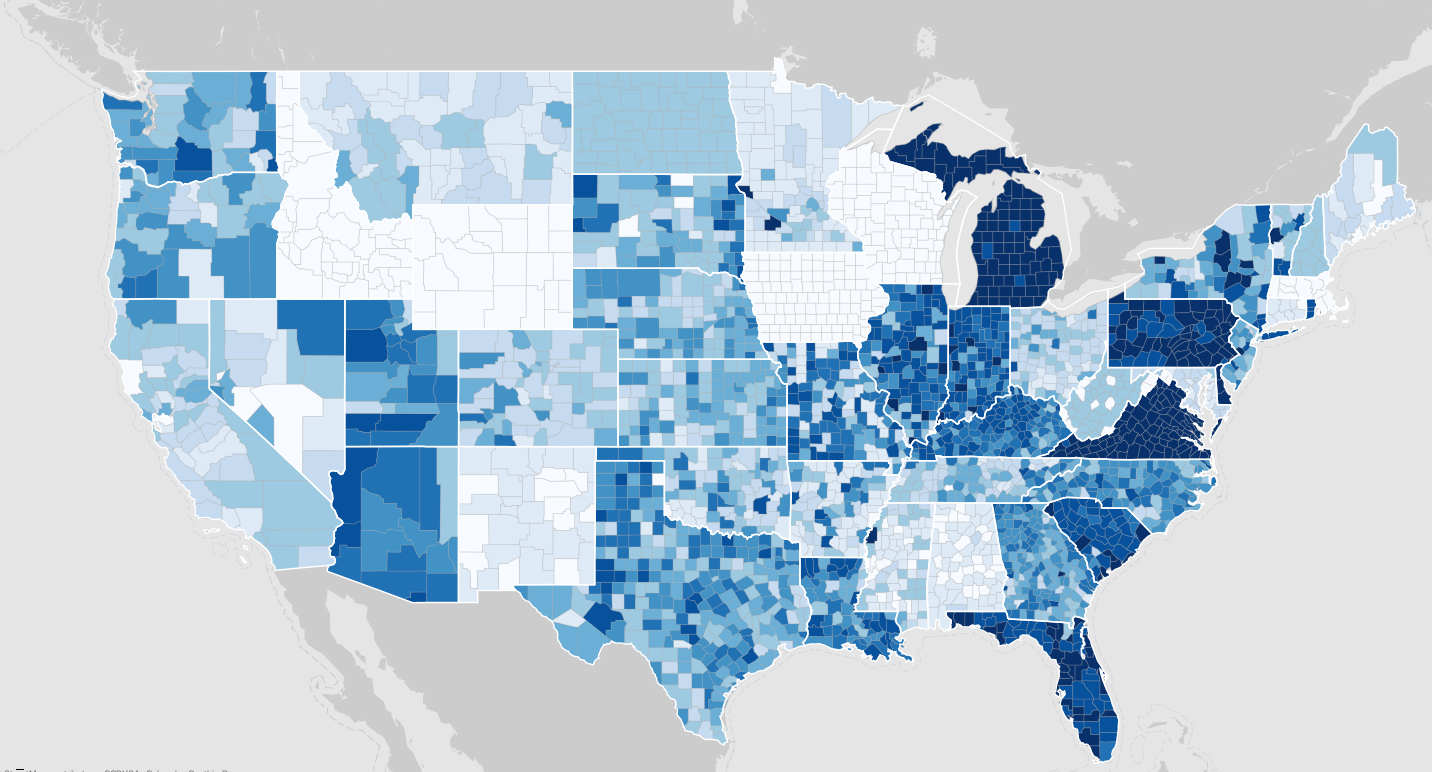 Ignore the reference to “unemployment” in the title bar.

Posting additional data should be relatively straightforward; I invite comments below.