It looks like the Winter Park early voting site in Orange County is voting today (bomb scare yesterday), so the Florida early voting number aren’t 100% in, but it’s close, so here goes.

The basic spreadsheet is here, with party breakdowns by day.

Second, the reduction wasn’t uniform as the following three graphs show.  Graph 1 plots (on a log scale) the number of early votes cast in 2012 (vertical axis) against early votes cast in 2008 (horizontal axis).  Graph 2 is a bar chart that shows how many more early votes were cast in each county, compared to 2008; Graph 3 shows this in percentage difference terms.  (On this graph, the average 9.25% reduction is shown by the dashed line.)

The change from 2008 to 2012 isn’t simply a matter of the smaller counties showing greater variability.  In fact, there is zero correlation (r = -.06) between the (logged) number of early votes cast in a county and the absolute value of the percentage difference between 2008 and 2012.  I’m sure analysis will be forthcoming to explain these differences. 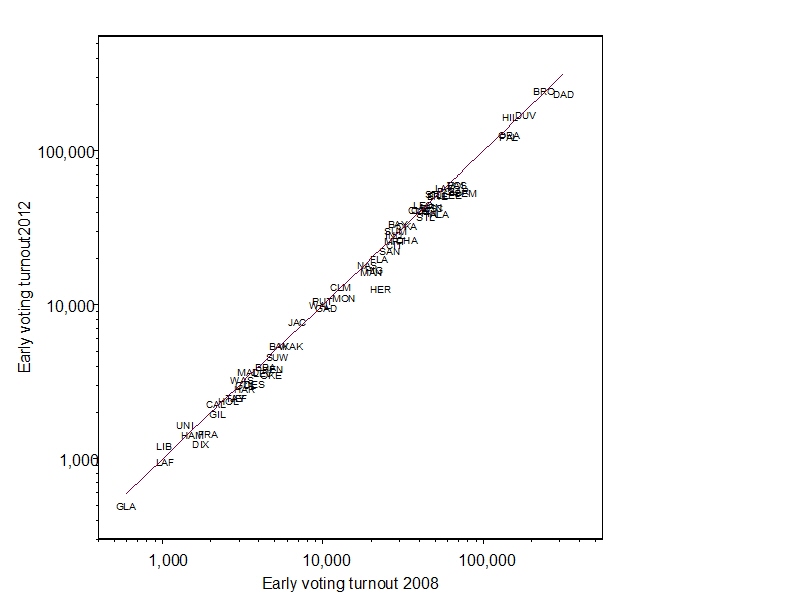 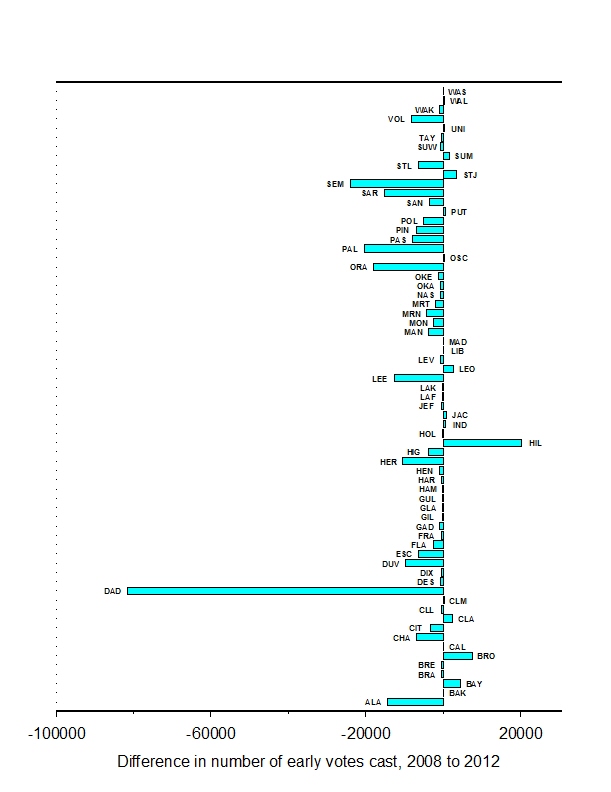 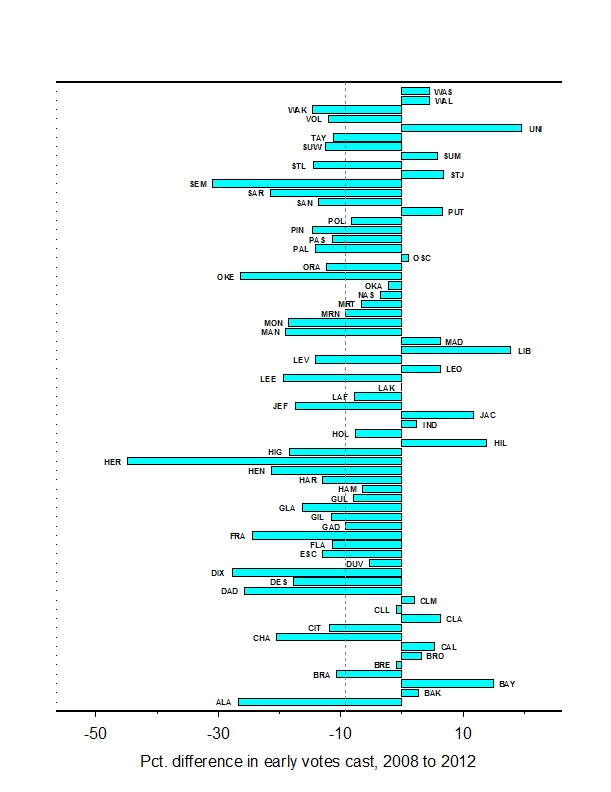