There is renewed interest in lines at polling places, in the wake of the 2012 presidential election.  Here are some thoughts about the causes and incidence rates of long polling line, based on responses to the 2008 Survey of the Performance of American Elections, which I helped to design and administer in 2008.  We will be re-conducting the survey this year.  However, because interest is high right now, here are some top-level findings from that survey related to waiting in line to vote.

In reading the following, remember that the findings are based on responses to a survey, taken within a week of the 2008 general election.  There were 10,000 registered voters interviewed nationwide, via YouGov/Polimetrix.  The Pew Charitable Trusts funded the survey, along with the JHET Foundation and the AARP, none of whom bear any responsibility for the analysis that follows. 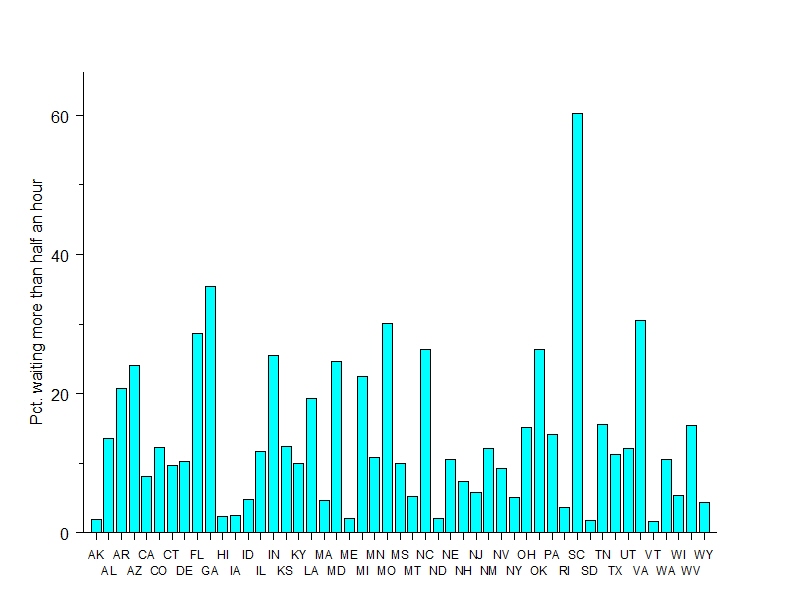 These basic descriptive statistics are just the start of the analysis.  When we account for race of the respondent, voting technology, and voting technology most of the variance in wait times still remains to be explained.  There is a lot more research needed to get to the bottom of the “line problem” empirically.  I hope to be presenting some of this research in the weeks and months ahead.