It’s cliche to say that “turnout will determine the outcome of the midterms”.

Of course turnout “matters”. Whichever party or candidate is more successful in convincing their strong supporters, and the more occasional voters, to turnout to vote this fall will most likely prevail in this
election.

So I’m watching the early voting data pretty closely at this point, and there was an interesting story in yesterday’s New York Times, “Millions Have Vote Early in the Midterms. Here’s What That Means — and What It Doesn’t.” In this story, Michael McDonald from the University of Florida is quoted ““If these patterns persist, we could see a turnout rate at least equaling the turnout rate in 1966, which was 48 percent, and if we beat that then you have to go all the way back to 1914, when the turnout rate was 51 percent,” he said. “We could be looking at a turnout rate that virtually no one has ever experienced.”

If he’s right, that will make for an interesting election — and it could mean that we might see longer lines that people have been used to in many places on Election Day. This could also mean that in many places, especially those with high turnout and close elections, that results may be uncertain for days (perhaps weeks if there are recounts). 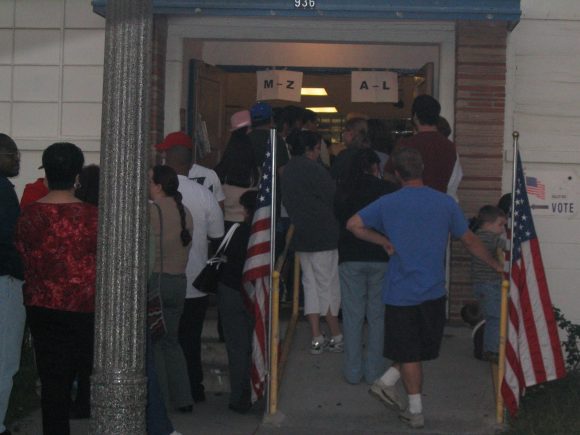 At this point, these indications at the national level that turnout might be strong in this midterm election lead me to recommend patience. Voters should be patient — there might be lines at early voting locations, and at polling places on Election Day. Stakeholders and the public should be patient — we might need to wait a bit longer than usual to get the results in close elections.

I’ll continue to watch these early voting trends, as turnout in this midterm could put some significant stress on the nation’s election infrastructure.