The last day of in-person early voter in Florida ended the period with a bang — total turnout on the last Sunday was about triple four years ago, and the Democratic share was even greater than four years ago.

For the entire period, the relative Democratic share of the in-person early vote has been greater than in 2010. As Michael McDonald notes, the Democratic share of the absentee/mail vote is also greater than 2010. What remains to be seen is whether this is just shifting around when partisans vote, or if it reflects a shift in partisan electoral fortunes from four years ago.  It’s obviously a mix of both; we’ll know soon enough what the mix is.

Here are the graphs.  Click on a graph to see the full picture. 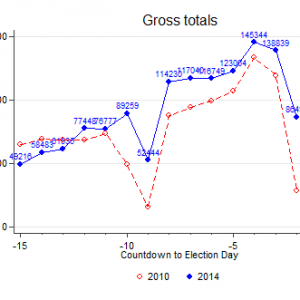 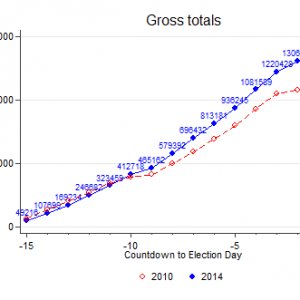 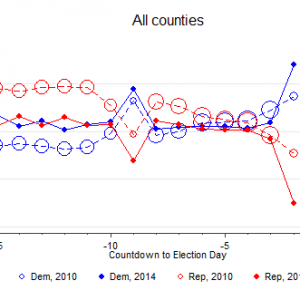