Yesterday’s midterm elections across the U.S. were intense. There were highly contested gubernatorial, U.S. Senate, and U.S. House elections, across the country. While final results on voter turnout, and the exact outcome of many of the contested races, will take days or weeks to determine, the good news is that despite the pressure that was put on U.S. election infrastructure yesterday, in general the elections went smoothly.

Keep in mind that before Tuesday, there were concerns about potential attempts to infiltrate the infrastructure of U.S. elections. At this point there’s no evidence of any successful hacks. And as we move into post-election ballot tabulation and reconciliation, we’ll be paying close attention and continue to monitor the integrity of the midterm elections.

And our electoral infrastructure was under pressure yesterday. We will be working to put together data from our OC election integrity pilot project, in particular, documenting the observations from our election-day monitoring, from our Twitter monitor, and the various auditing and forensics analyses we will be doing in coming weeks. All of these will be summarized on the general election dashboard for our project, and we’ll also be pushing out notifications via social media. 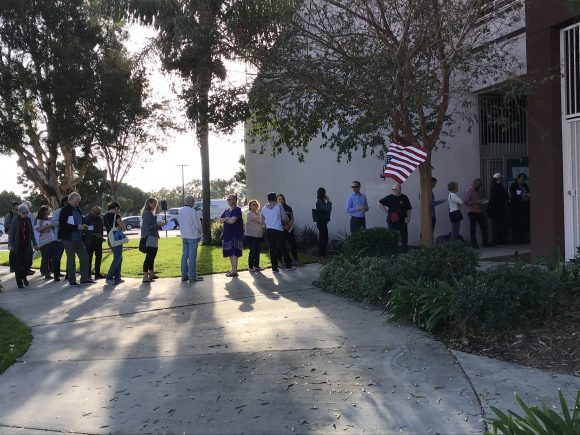