Why don’t we immediately know the results of American elections right after polls close on election night?

The answer is simple. American elections are highly decentralized, and highly complex. The laws, procedures, and technologies used for our elections are not designed to produce quick results. Rather the way we administer elections in America requires patience, as we want to get the numbers right, not rely on guesswork.

In America we pride ourselves on our federalist system. One important principle of our democracy is that states many rights under the U.S. Constitution, and important state rights is running elections. States have wide authority to determine the conduct of their elections, and that’s one reason that we see such vast differences in how elections are run in America.

But the decentralization goes further, because in most states elections are largely run by counties or even municipalities. This means that we don’t have a single federal election, nor do we have fifty elections in the states. Rather we have thousands of elections in the November of each even-numbered year, with very different procedures and technologies.

The reality of this extreme decentralization of election administration in America, which is largely unique in the world, is that we have to rely on under-resourced local governments to run elections with integrity. That’s a big ask, because elections are complex administrative tasks.

At Caltech, we’ve been working in collaboration with the Orange County Registrar of Voters here in Southern California, and studying various methods to help audit their election administration practices. When you look under the hood, and see exactly how elections are administered in Orange County, you see quickly how complicated it is.

In the elections this fall, Orange County had over 1500 polling locations, and had to recruit thousands of poll workers to service the polling locations. They have about 1.5 million registered voters, with at least 8,000 of them living abroad or serving in the military. 1.1 million ballots were sent to voters in the mail before the election.

Our research group spent time observing voting in five of Orange County’s early voting centers, and in 35 polling places on Election Day. Seeing how poll workers do their jobs, how the technology works, and witnessing voter experiences directly, is an invaluable experience. We observed just how diligent polling place inspectors and clerks about about trying to provide a good experience for voters.

But we also saw how complicated the process is for poll workers, and saw first-hand why it takes so long for final election results to be tabulated and certified in places like Orange County.

In every Election Day polling place we visited, we saw many voters bringing in their completed and sealed mail ballots, depositing them in the ballot box. Many voters who had received a by-mail ballot brought them along, and surrendered them at the polling place, preferring to vote at the polling place instead. Some of the by-mail voters forgot to bring their ballots to surrender, and others could not be found in the registration books, leading many voters to cast provisional ballots. 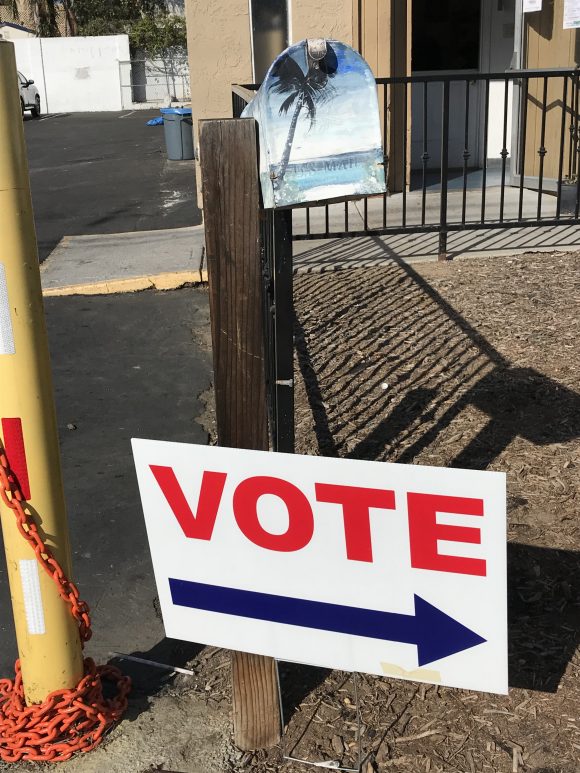 All of these ballots have to be confirmed and reconciled after the polls close on Election Day. Despite what people may claim, election officials count every valid ballot — but they must first determine which ballots are valid, and they need to reconcile the vast array of ballots coming from different sources: from in-person early voting, absentee ballots sent by mail, ballots from overseas voters and military personnel, Election Day ballots, provisionals, and mail ballots dropped off on Election Day.

This process isn’t pretty to watch, but it’s vital for the health of our democracy. And this process just takes time, because election officials want to get the most accurate count of the vote as is possible.

Not having final election results just after the polls close is not an indication of fraud, or any necessary indication that there was something wrong with the election. Instead, the delay in reporting final results is generally a good thing, as it means that election officials are working hard to make sure that all valid votes are included in the final tabulation.

So why don’t we have final results in many places, a week after the election? Because American elections are decentralized, and complex. Election officials are working to get the results right. We need to give them the time to do that, free from political pressure.

Be patient, let the process continue, and make sure that every valid vote cast in the midterm election is counted.